You will see children’s clothes labeled 24 months and ones labeled 2T. You’ll wonder — isn’t that the same thing? Sounds strange, but they aren’t.

There are differences between the two, and you need to know what they are before you lay out your hard-earned cash.

If you’ve shopped for children’s clothes and been confused over the difference in sizing, you’re not alone. Parents everywhere have asked what the difference is between 24 months vs. 2T.

Clothes that are labeled 24 months are made for those who are anywhere from 18 to 24 months. By comparison, 2T clothing is made for toddlers, generally anywhere from 2 to almost 3 years old.

While 24 months is the same as two years, when it comes to children’s clothes, it isn’t. And it confuses parents everywhere. It’s sad to admit, but I didn’t realize there was a difference between these two sizes until after my first child was out of both of them.

It all comes down to how children’s clothes are measured and labeled.

Baby clothes are sized as time periods. So, you’ll see six- to twelve-months, or twelve- to eighteen-months for outfits. These sizes are designed to fit a child that is up to the top end of the age range.

So, items marked as six- to twelve-months are designed to fit a baby that is older than six months and up to twelve months.

In the case of a single age on a label, such as 24 months, that indicates the item is for a child of up to 24 months.

When it comes to 2T, it indicates that the item is for a child of 2 years old. So, a child who has just hit their second birthday and a child approaching their third birthday should be able to wear it.

Differences Between 2T and 24 Months

Wondering in what ways they are different? These factors all weigh in.

You will find the clothes labeled 24 months in the baby’s department of a store. That is because they are meant for babies of up to 24 months of age.

Meanwhile, the 2T clothes can be found in the children’s department.

Clothes labeled 24 months are cut more generously around the bottom to accommodate diapers. Clothing designers and makers assume that a child under the age of two years will be wearing a diaper, so they make the clothes roomier. The silhouette of the clothes is more rounded.

Meanwhile, those same designers and manufacturers also assume that once your child has reached the grand old age of two, they will be toilet trained. Consequently, the clothes are cut more closely in the diaper area. The silhouette of these clothes is slimmer.

Also, 24 months clothes are likely to have snaps at the legs, or other features to make diaper changing easier. Conversely, 2T will not.

The 24-month clothes are generally more baby-like in their style than the clothes labeled as 2T.

Children’s clothes that are 2T may not necessarily be miniature adult clothes, but they will be more child-like than babyish.

To add to the confusion, brands do not all use the same clothing measurements. Each brand may have slightly different measurements from each other for their clothes, in both ages.

The Same, But Different

So there you have it, the explanation of why 24 months and 2T are not at all the same — at least for many baby clothes companies. They are defined more by developmental differences than differences in chronological age.

Clothes labeled 24 months will give your child more room around the caboose to accommodate a diaper. That gives them a rounder silhouette, while 2T has a straighter outline and is cut under the assumption that diapers are a thing of the past. 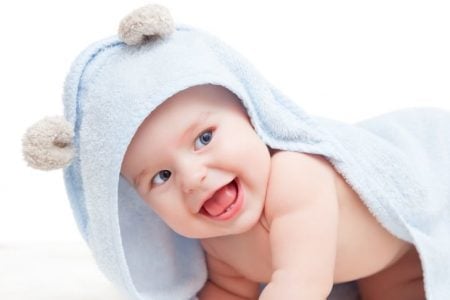 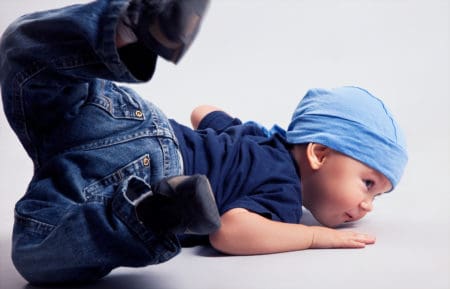 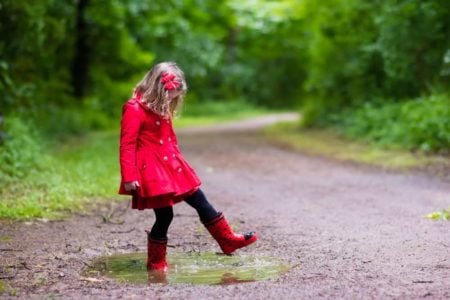 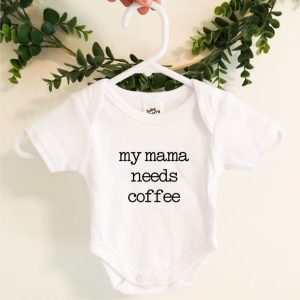 The Best Baby Onesies That are Practical & Comfy 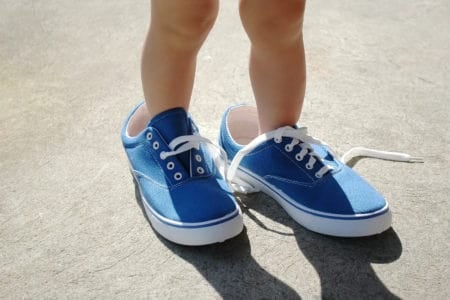 Kids Shoe Sizes Chart (And How to Measure Feet) 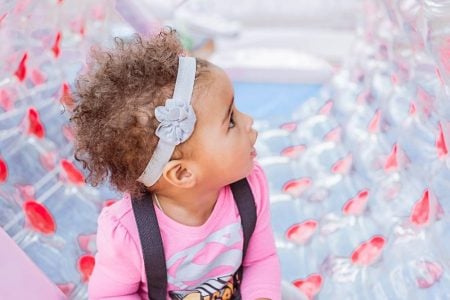 The Best Baby Hair Accessories (Show Off Your Baby’s Beauty)