What Does Ada Mean?

Ada is a feminine name that sounds as beautiful as royalty. Therefore, it is no surprise that the meanings of Ada include “noble” and “adornment.” Ada is frequently used as a shortened version of Germanic girl names like Adele or Adelaide, so its meaning is related to these names which mean “nobility” and “noble type.” Similarly, in the Hebrew tradition, Ada relates to the action words describing the ornamentation and adornment of clothing.

As the name Ada has begun to take on a character of its own recently, these historical attachments to luxury, nobility, and honor give Ada a modern sophistication. Daughters that receive the name Ada can express pride in bearing a name that communicates dignity and refinement even across cultures.

What is the Origin of the Name Ada?

One origin of the name is from the Germanic root word “Adel-” which translates to “nobility.” Being the elemental, or root word, within many Germanic names, Ada has since developed to become a shortened name of its own.

Another possible interpretation of Ada comes through the Hebrew language. One of the meanings of the root word “ada” is “to adorn.” A similar Hebrew feminine name, Adaiah, expresses this idea through its definition, “ornament of the Lord.”

Interestingly, the other meaning of the Hebrew verb “ada” is “to pass through” (1). Therefore, an alternate interpretation of Adaiah could be “Yahweh passes through,” which adds deeper meaning to the concept of adornment.

Whether the Hebrew or Germanic meaning is preferred, this short name possesses dignity and grace. In both languages, Ada can be given as a nickname derived from Adelina, Adela, or even a diminutive form of Adam.

How Popular is the Name Ada?

The name Ada has been steadily rising in popularity since the early 2000s (2). Ada is currently the most popular it has ever been, becoming America’s 180th most popular name in 2021.

How Do I Pronounce Ada?

The contemporary pronunciation of Ada is “AY-duh,” with the emphasis falling on the first syllable. Less common pronunciations may include “AY-dah” or “ay-DAH.”

Is Ada a Boy or Girl Name?

Ada has almost exclusively become a name for girls. In the 19th and 20th centuries, some boys received the name Ada, though this trend has steadily declined since those times.

However, Ada makes a wonderful nickname for both boys and girls with names like Adam, Aiden, Addie, or Ademina.

Ada is a short female name, so there are only a handful of names that maintain the special character of this beautiful name.

Some variations of the name Ada include:

If you are considering naming your daughter Ada, take a look at these cute diminutive versions of the name. Many of these can be formed by highlighting the first or last syllable of Ada.

A few nicknames include:

You can find many girl names with related meanings and similar sounds to the name Ada:

The sophistication of the name Ada seems to enhance the beauty of every middle name on this list. You may prefer the sound of a one-syllable middle name, or you can experiment with the lengthier names on this list.

Here are middle names that go well with Ada:

A sister named Ada will complement many other Germanic boy and girl names.

There are a few notable figures with the name Ada:

You might recognize the name Ada from a few classic novels and popular shows:

If you have any other curiosities about the name Ada, find the answers below.

Is Ada a Biblical Name?

Yes, there are many instances of Ada, or Adah, in Old Testament stories. The wives of Esau and Lamech were both named Ada. In Hebrew, this name means “ornament” or “adorned.”

Is Ada an African Name?

Is Ada a Popular Name?

Is Ada a Victorian Name?

The name Ada was popular during the Victorian period, partially due to notable high-class women receiving the name such as Ada Lovelace.

What Does the Name Aaliyah Mean?

What Does the Name Abel Mean? 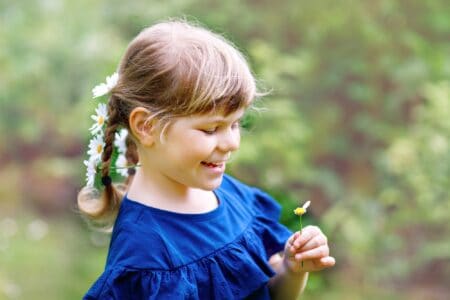 What Does the Name Adaline Mean?