If you’re like most parents, you haven’t given much thought to your toddler’s sippy cup, other than whether it’s leak-proof and will prevent stains on your child’s clothes, your carpet, and the interior of your car.

But the fact of the matter is there are several safety issues associated with sippy cup use, ranging from improper cleaning to oral injury to long-term dental problems. Here’s what you need to know to make sure the sippy you’re handing your toddler is as safe as possible.

What Are the Benefits of Using a Sippy Cup?

Sippy cups were originally designed to be a transitional tool, helping toddlers adjust from a bottle to a regular lid-free drinking cup.

Because of the oral risks associated with extended bottle usage, along with a toddler’s lack of motor control and dexterity, sippy cups were invented to fill the gap. Mothers everywhere rejoiced at the prospect of not having to clean up all that spilled milk.

But it turns out sippy cups have other benefits beside preventing messes. These include:

Do Kids Really Need to Use a Sippy Cup?

A sippy cup isn’t technically necessary, but it sure is convenient. It’s best to wean your child off of bottles by the age of 18 months as shortly thereafter they may develop an attachment to it that is much more difficult to break (3).

But if you wean your young toddler and go straight to real cups, it’s safe to say you’re bound to have some serious messes on your hands.

So while sippy cups may not be necessary developmentally, they sure are helpful practically.

What Types of Sippy Cups Are There?

While the term “sippy cup” typically conjures images of a transitional cup with handles and a spout, in actuality there are lots of different options. We use the term sippy cup to encompass any type of reasonably spill-proof drinking vessel designed to be a transition from bottle to regular cup, including:

What Dangers Are Associated with Sippy Cup Use?

While sippy cups don’t pose the same overt threat to your child as the chemicals under your sink or a flight of stairs without a baby gate, there are little-known hazards associated with their use.

Here are some things to be aware of:

How Can I Make Sure My Sippy Cup is Safe?

To help minimize safety risks to your little one while using a sippy, do the following:

To prevent mold and mildew growth, always clean your sippy cups thoroughly. You can do this by:

2. Don’t Let Your Child Walk Around with Their Sippy Cup.

While it’s convenient to allow your child to toddle around with their cup in hand, it increases their risk of injury. Most sippy-cup-related mouth injuries occur due to falls while walking around, so make sure your child is seated whenever they need a break to rehydrate.

3. Consider a Silicone Spout or Straw.

Hard spouts are popular, but they pose the biggest fall hazard — and they also don’t have the flexibility of a regular silicone spout or nipple that’s essential for proper oral development.

So if you’re picking a sippy, go for one that is pliable and not rigid even though it’s not as durable and long-lasting as hard plastic. Not only can it keep your child safer, but it is healthier for them, too.

To prevent constant eating and comfort feeding, limit sippy cup use to meal times only. This can help your child learn they need to ingest the bulk of their calories during meal and snack times, and may prevent them from developing poor habits around appetite regulation and eating for comfort.

It will also limit the frequency of your child’s teeth being exposed to sugars in their drink, which can eventually lead to tooth decay on their baby teeth — and may also harm their developing permanent chompers, too.

5. Skip Straight to a Regular Cup.

If you can handle it, go straight to a regular cup and skip the sippy altogether. You’ll likely have frequent messes to clean up, but your child will learn quickly how to manage a cup and you’ll avoid the health and dental problems that can come from using a sippy cup as a crutch.

You Could Try This

To teach your child how to use a lidless cup at a young age, consider introducing a rimless cup for a brief transitional period, or just put an inch or two of liquid in their cup at a time to minimize the mess until they get the hang of it.

6. Wean Them From the Sippy Cup by Age Three.

If you do choose to use sippy cups, limit their use and make sure to wean your child from them by their third birthday. At that point — though they may still be accident-prone — they have the proper motor skills to successfully navigate a cup.

It’s also good to have a hard-and-fast goal in mind when you want to wean from the cup. If you don’t, the convenience factor makes it super easy to accidentally use long-term and before you know it, you’ll be reaching for a sippy to pour your 5-year-old a glass of milk.

We get it — you don’t want a mess everywhere, and the prospect of making it through your child’s toddlerhood without one seems daunting.

Since many of the cautionary statements about sippy cup use are related to their overuse, you don’t have to eliminate them completely, just use them sparingly. Use sippy cups the same way you’d use your spill-proof coffee mug — occasionally, on-the-go, and for very specific scenarios.

Sippy cups in and of themselves are not a bad thing, but they can pose some health, developmental, and habit-forming problems if they are not cleaned thoroughly and are used too frequently.

Was this article helpful?

How can we improve it?

We appreciate your feedback!

We will look into this issue as soon as possible.

Thank you for your feedback!

Dr. Pierrette Mimi Poinsett is a veteran board-certified pediatrician with three decades of experience, including 19 years of direct patient clinical care. She currently serves as a medical consultant, where she works with multiple projects and clients in the area of pediatrics, with an emphasis on children and adolescents with special needs.
We won't send you spam. Unsubscribe at any time. 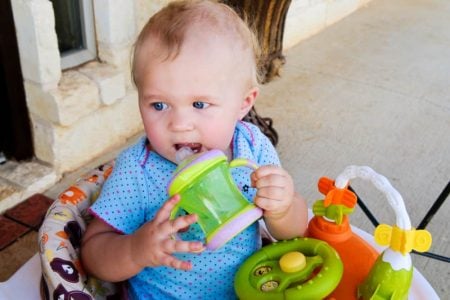 How to Clean Sippy Cups 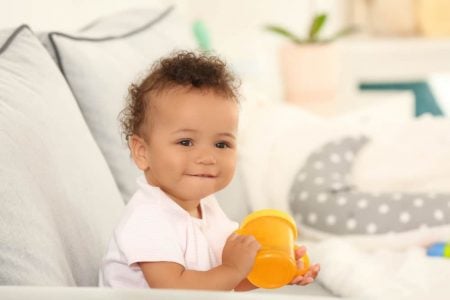 How to Help Your Baby Switch from Breast to Sippy Cup 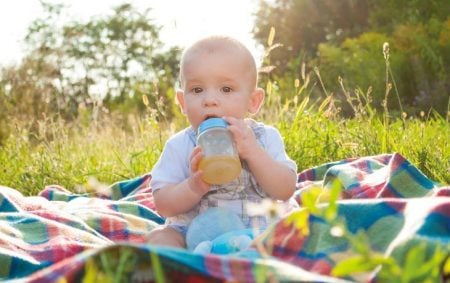 How to Let Your Baby Enjoy Juice Without Going Overboard 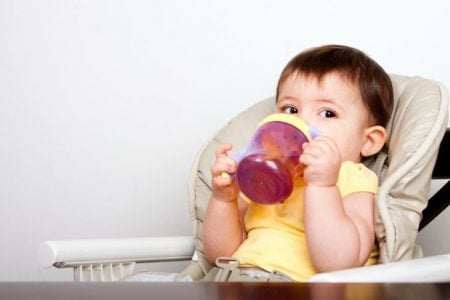 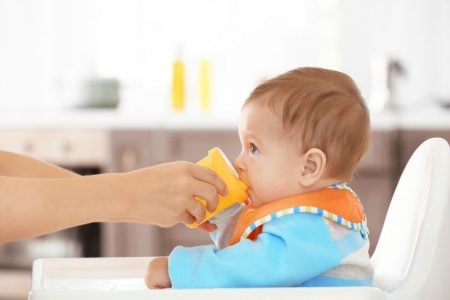 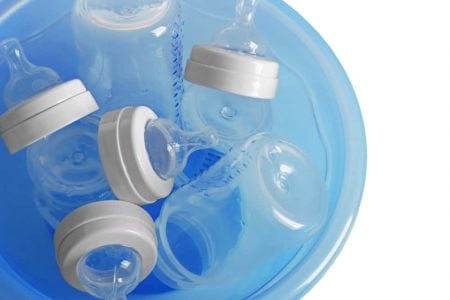