Want to expand your English language knowledge and the burning question of the moment is “What are prepositions?” We’ve got you covered.

There are many prepositions in English, about 150 to give you an idea, and the rules to using them can be tricky to learn. You’ll have actually used most of these preposition words without realizing what they are and the purpose they serve.

Prepositions are often short words found before or after nouns, pronouns, or noun phrases that connect to verbs or adjectives to construct meaning. They indicate the relationships between the other words in a sentence, and, without them, it would be difficult to communicate.

Preposition words are used to describe the location, position, or movement of a person or object.

There are also different types of prepositions, including simple, double, compound, participle, and phrasal prepositions. Let’s go into more detail about some of them.

Simple prepositions are the easiest to understand and the most frequently used. They can join two parts of a sentence or clause, or show the relationship between the nouns/pronouns and the verbs/adjectives. Examples of simple prepositions include of, from, until, behind, along, on, and under.

When a word is used as a preposition instead of a verb, they’re called participle prepositions. These prepositions can be either present (ending in -ing) or past (ending in -ed or -en). For example, “Assuming the possibility of high temperatures, she applied sunscreen.”

When two or more words are combined to act as a preposition, it’s called a phrasal preposition (not to be confused with a prepositional phrase). For example, “They went along with the idea.”

How To Use Prepositions in a Sentence

Prepositions are relatively easy to use as sentences often wouldn’t make sense without them. However, when you have two subjects in a sentence, the relationship between them must be made clear.

For example, if you had “the man” and “the woman” as the two subjects, the reader needs to know where they are or what they are doing. Many prepositions could fit in with these two subjects.

You need to choose which one works most effectively and which one best shows the relationship between the subjects. Let’s take a look at five examples.

The cat is under the tree.

The man traveled across the world.

The egg was in the pan.

He left without his bag.

She waited until 7 o’clock.

Some prepositions are used more frequently than others. If you’re just looking for commonly used English prepositions, this list of 90 simple prepositions has you covered.

So whether you’re looking to learn more about English grammar or just brush up on your skills, all you need to do is read on. Plus, we’ve included an example sentence for each proposition so that you can see how they’re used in context.

Prepositions That Begin With A

Aboard – John has climbed aboard the plane.

About – Rubbish was all about the place.

Above – Dave was sitting above Diane in the stands.

According to – Jane completed the work according to the instructions.

Abreast – They sat four abreast at the show.

Absent – Mary was absent from the workplace.

Across – The waves crash across the bay.

After – Jane arrived after Sophie.

Against – They all lined up against the wall.

Ago – He was supposed to be here two hours ago.

Ahead – Tim is ahead of us.

Along – She walked along the road.

Alongside – The Queen sat alongside the King.

Along with – The kids came along with the parents.

Amid – She was calm amid the chaos.

Amidst – There was a traitor amidst the group.

Among – There was a cat among the dogs.

Apart from – The purse was empty apart from one coin.

Around – The car drove around the cat.

As – She was as beautiful as a butterfly.

Aside from – The box was empty, aside from a ball.

As per – You need to finish by the deadline, as per the boss.

Astride – The child sat astride their parent’s lap.

As well as – It’s for your own sake as well as hers.

Atop – They sat atop the cliff.

Away – Say nothing and walk away.

Away from – New York is far away from London.

Prepositions That Begin With B

Bar – They were all there, bar Kevin.

Barring – The play can continue, barring any more rain.

Because of – She was angry because of his reaction.

Before – She sat before him.

Behind – He stood behind her.

Below – The beach was below them.

Beneath – The basement was beneath them.

Beside – Alex sat beside her.

Between – Nothing would come between them.

Beyond – Cassie went beyond expectation.

But – Martin was excited but anxious.

But for – She would have been home in time but for the traffic.

By – They sat by the water.

By means of – He only won the competition by means of cheating.

Prepositions That Begin With C

Concerning – I have a problem concerning this item.

Considering – She did well considering the circumstances.

Contrary to – He was not the favorite, contrary to popular belief.

Counting – It came to a total of $23, not counting the administrative fee.

Prepositions That Begin With D

Depend on – Whether we go depends on the weather.

Despite – They were happy despite the challenges.

Down – He knelt down to her.

Due to – Her success was due to hard work.

During – They exceeded the budget during the build.

Prepositions That Begin With E

Effective – It was an effective strategy.

Ere – It wasn’t long ere she came by.

Except – They all attended, except Ashley.

Excluding – She got her revenge by excluding him from the game.

Prepositions That Begin With F

Failing – They were failing as a team.

Far – The child was tired from walking so far.

Far from – She was far from home.

Following – One car was following another.

From – The tourists were from America.

Prepositions That Begin With G

Gone – She would be gone for two days.

Given – He’s extremely clever, given his age.

Prepositions That Begin With I

In – The two adults were in love.

In between – Their house is in between a lake and a road.

In case of – The bell will ring in case of any trouble.

Including – All the money was there, including the coins.

In front of – She read her book in front of the fireplace.

Inside – She slept inside the sleeping bag.

In spite of – She was very humble, in spite of her success.

Instead of – He had an appetizer instead of a full meal.

Into – Tom threw the ball into the water.

Prepositions That Begin With L

Less – Marco was less than happy.

Prepositions That Begin With M

Minus – He arrived, minus a tie.

Prepositions That Begin With N

Near – The ball landed near the stands.

Next – The prince was next in line to the throne.

Prepositions That Begin With O

Off – She cut off his phone.

Off of – He jumped off of the bridge.

On – The building was on fire.

On board – She was already on board the aircraft.

Onto – She jumped onto the roof.

On top of – The ladder fell on top of him.

Opposite – Sam sat opposite Jack.

Other than – The restaurant was famous for nothing other than the chef.

Out – He went out of the shop.

Outside – He waited outside for her.

Over – The horse jumped over the fence.

Prepositions That Begin With P

Past – It’s in the room past mine.

Plus – I have him a card plus some money.

Pre – The couple pre-booked their table.

Prior to – You must fasten your seat belt prior to leaving.

Pro – The group is pro-human rights.

Prepositions That Begin With R

Re – Matilda wanted to speak to him re the letter.

Regarding – The coach had a problem regarding the scoreline.

Respecting – They made no exceptions respecting the salaries.

Round – They sat round the table.

Prepositions That Begin With S

Save – They were all there save for Marshall.

Saving – Barry was saving money for a new home.

Since – It hasn’t snowed since last winter.

Prepositions That Begin With T

Than – She had more money than sense.

Thanks to – He saved her life thanks to his quick thinking.

Through – He barged through the door.

Throughout – There have been wars throughout history.

Times – There were twenty times as many people as before.

To – He gave a ring to his fiancé.

Towards – The police ran towards the danger.

Prepositions That Begin With U

Under – The deal was made under the bridge.

Underneath – They kissed underneath the starry sky.

Unlike – She was blonde, unlike her mother.

Until – The prices were frozen until next year.

Unto – The captain forced him unto the plank.

Up – Florence walked up the stairs.

Up against – The shelf leaned up against the wall.

Upon – They sat upon the wall.

Up unitl – The game will continue up until 9 pm.

Prepositions That Begin With V

Versus – It was David versus Goliath.

Via – They traveled to New York via Texas.

Prepositions That Begin With W

Wanting – The crowd analyzed the game and found it wanting.

With – They left with the watch.

Within – They stayed within the castle walls.

Without – He was released without any charges.

Worth – The castle is worth visiting.

How Many Types of Prepositions Are There?

Prepositions can also be split into the below six categories:

Can You Start a Sentence With a Preposition?

You can start a sentence with a preposition, but it might not be the most grammatically correct thing to do. It depends on what you’re trying to say and how you want to say it. Starting with a preposition is perfectly fine if you’re going for a more colloquial tone.

However, if you’re aiming for a more formal tone, it’s probably best to avoid starting your sentence with a preposition. Ultimately, it’s up to you and what sounds best in the context of your sentence.

Can Preposition Be Used at the End of a Sentence?

Yes, prepositions can often be used at the end of a sentence. But, again, while this may not be grammarian-approved, it is perfectly fine in casual conversation. In fact, many native speakers use prepositions at the end of sentences all the time.

Preposition words are important and help us show relationships between things. They can be tricky to learn, but with a little practice, you will be able to use them correctly every time. Here we’ve given you a list of prepositions and some examples of how they are used. We hope you found it helpful! 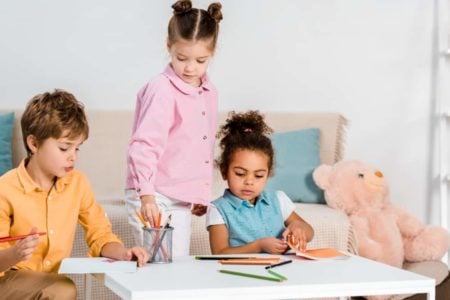 How to Raise a Bilingual Child (Tips, Benefits & Strategies) 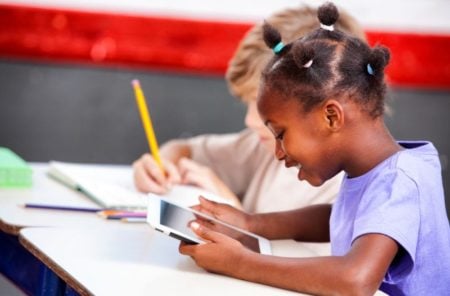 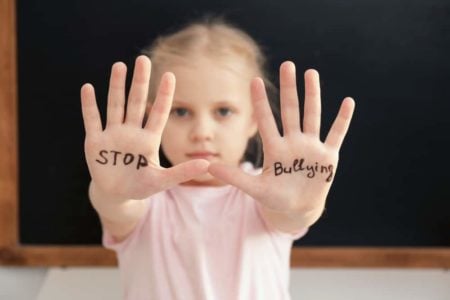 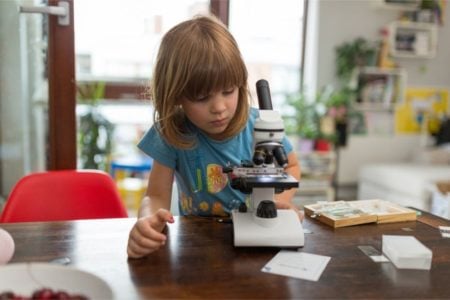 Best Microscopes for Kids of 2022