With such a wide range of what’s normal, and with language development being so complex, it can be difficult to know when to worry about your child not talking and when to watch and wait.

We’ve had many years of personal experience in this area and have researched this subject and spoken with experts to help you gauge where your child stands when it comes to speech. Whether you are curious about when you can expect that first word or are worried there may be a problem with your child’s speech, we’ve created this guide to average speech development and milestones.

When Do Babies Start Talking?

Most babies say their first word somewhere between nine months and their first birthday, although some children don’t start talking until later. Before that age, your baby might make sounds like ma-ma or da-da, but these are usually the random noises babies make when experimenting with sounds rather than actual words.

When Do Babies Start Talking?

Most babies say their first word sometime around their first birthday, but before they speak a clear word, your baby will babble and make sounds such as ba-ba-ba and da-da-da (1).

So, when can you expect your baby to start talking? The normal range of first speech development is anywhere within nine to eighteen months.

Rather than focusing on when your baby starts talking, it’s more important to consider their language development as a whole.

Language development includes everything from sounds and words to gestures and body language. If your child seems to understand you, points to things, and uses facial expressions, they are developing language skills. Being late to say a first word is less of a worry.

Here are some language milestones to watch for:

How to Encourage Babies to Talk

There are plenty of ways to encourage your child to talk and say their first word.

The more you expose your baby to words and communication, the better. By talking to your baby, you give them plenty of opportunities to hear and learn.

Have two-way conversations with your baby, giving them plenty of time to babble away and “talk” to you.

Sharing books is an excellent way to spend time with your baby. And reading the same books repeatedly will help reinforce the sounds, tones, and rhythm of language.

Giving your child space and time to play and babble alone is just as important for their development as spending time together. Allowing your baby some (supervised) unstructured free time is a valuable way for them to learn.

There are many possible causes of speech delay, including:

It goes without saying that a child who is deaf will have delayed speech. But even a slight hearing loss, which is harder to detect in a baby or toddler, can affect when and how a child begins to speak (2).

Some children have physical issues, such as a problem with the shape of their mouth or tongue. This can make it difficult for your child to form the sounds they want to make.

Neurological conditions such as cerebral palsy, muscular dystrophy, and traumatic brain injury can prevent a child from controlling the muscles necessary for speech (3).

When a child isn’t spoken to or spends too much time with one-way language, they do not have the opportunity to copy and receive feedback on their speech, which can cause a delay (4).

There’s a wide variety of disorders that can affect speech. Apraxia, speech sound/articulation disorders, and resonance disorders are just a few of these (5).

When Should You Worry If Your Child Is Not Talking?

There’s no need to worry if your child babbles and responds to you but hasn’t said their first word by their first birthday. But if you’re feeling concerned, these are some of the signs your child’s language development may be delayed (6):

The CDC has a free milestones app and printable checklists you can use to decide whether or not to speak with a healthcare provider (7).

These are the speech and language questions we are most frequently asked about babies talking:

Late talking alone is not a sign of autism, and speech delay has been removed from the diagnostic criteria entirely (8). Instead, impaired social interaction and restricted or repetitive patterns of behavior, activities, or interests are considered signs of autism.

How Common are Late Talkers?

Do Pacifiers Cause Speech Delay?

Studies of speech delay and pacifier use have mixed results (10). However, experts agree that stopping pacifier use at around 12 months gives your child more opportunities to practice their speech, unencumbered.

Most babies start talking sometime around their first birthday. But even before they speak, your child will develop other language skills such as making sounds and using glances, gestures, and body language to show you what they need or mean. 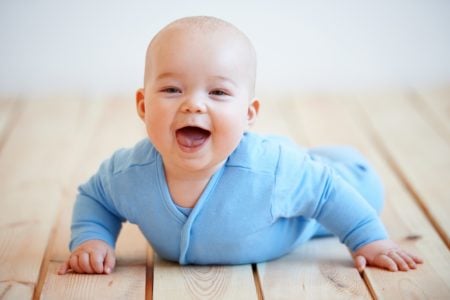 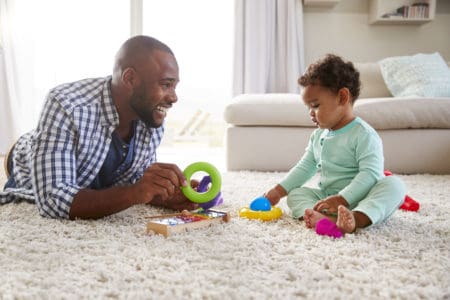 When Do Babies Sit Up? (When to Be Concerned) 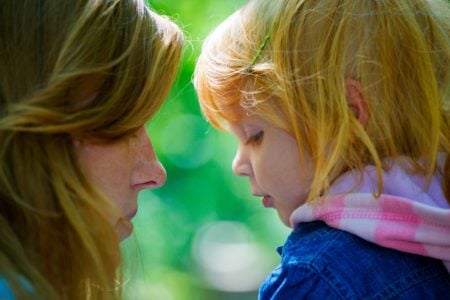 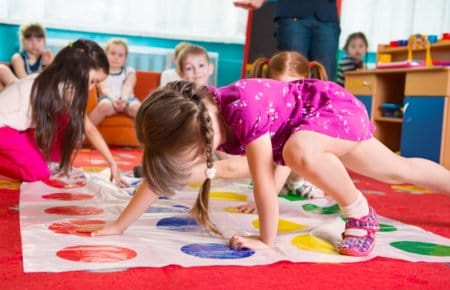 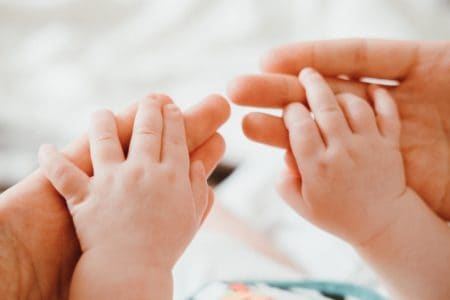 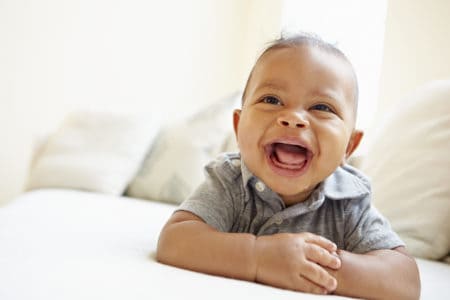