The words punishment and discipline are sometimes used interchangeably. People make the mistake of thinking both words mean the same thing. However, there are two kinds of discipline — positive discipline and negative discipline.

With positive discipline, you teach a child how to correct their behavior and make better choices to prevent misbehavior.

Negative discipline is what we also call punishment. Punishment is about causing some form of suffering to your child in retaliation for their misbehavior.

Let’s look at discipline vs. punishment for parents to give a broader understanding of the concepts.

What Is The Difference Between Discipline And Punishment?

Discipline and punishment are not the same thing. Discipline is teaching your child about rules, how to make the right choices, and how their behavior has consequences. Punishment is about causing suffering after your child makes a bad choice.

Punishment is an entirely negative consequence in response to a child’s action. A punishment may stop the behavior at the moment, but it will not teach your child the skills they need to make better choices in the future.

The Problems With Punishment

Punishment is, by its nature, negative, and it can be a source of confusion for a child. This is especially true if a caregiver’s words and actions don’t align.

Let’s look at an example. If your children have gotten into a physical fight and you pull them apart, shout at them for fighting, and spank them both, you will:

If a child is hit and/or shouted at every time they do something wrong, they can:

When thinking about punishment versus discipline, keep positivity in mind.

Discipline is an inherently more positive way of dealing with a child who misbehaves. Instead of punishing a child for making a bad decision, disciplining a child teaches them to make the right choice for themselves (1).

What Are The Five Types Of Discipline?

There are five major types of discipline (2). You shouldn’t choose one and stick to it because some situations require stronger discipline than others.

Instead, you can pick and choose between the five types of discipline to suit the specific situation.

Using boundary-based discipline means laying out a set of rules. It then gives your child the choice to either obey the rules or face the consequences.

How does this work in the real world? You might have a child who refuses to clear up their toys. To deal with this using boundary-based discipline, you would set up a rule your child must comply with and a consequence if they do not.

In this case, you could say, “If you do not clean up your toys, you can’t watch TV after dinner.”

This lays out a clear choice for your child. They can do what is asked of them or not do it. But if they choose not to, there will be consequences.

Using positive discipline is viewed by some people as “soft” or letting the child take the lead. However, sometimes you get the best results by working with your child and steering them in the direction of forming their own solutions.

Imagine again that your child says they don’t want to pick up their toys. A positive discipline approach might involve you acknowledging they do not want to clean up. You would then say that while you understand their feelings, leaving their toys on the floor is not an option.

At this point, you ask your child what they think you can both do to help them pick up their toys.

This is not the same as asking your child to pick up their toys, having them rudely refuse, and then doing it yourself. It is showing your child you respect their feelings on the matter, but that the rules must be followed so they need to find a way to follow them.

With the child who will not pick up their toys, you might remind them that they go to the park in the afternoon, but only after they have picked up. If your child then decides to clean up, they receive praise for doing so and get their regular trip to the park.

If they respond with negative behavior, or refuse to do so, you ignore that behavior, and they do not go to the park.

Emotion coaching is a form of discipline that focuses on helping children recognize and identify their emotions (3).

At its core is the theory that both parents and children are free to experience any emotions. You don’t tell your child they should feel a particular way. Instead, it is the parents’ responsibility to observe their child and make the connections between behavior and emotions.

Parents are then meant to connect with their child and not ignore the misbehavior. Following this, you help your child label their emotions and team up together to find ways to work with their feelings.

In the “pick up your toys” example, you would tell your child you recognize they are upset that they have to clean up their toys. You would then encourage them to share their feelings with you before moving on to find a solution that has them picking up the toys, but that is also respectful of their feelings.

Gentle discipline relies on redirection to help prevent children from indulging in bad behavior. It can be especially effective with younger children who are not yet old enough to understand the concept of actions and consequences.

Gentle discipline is most useful in response to moments of bad behavior. If your child was to have a tantrum instead of putting their toys away, you might turn the tidying into a game.

The idea is to break the moment of misbehavior and redirect your child’s energy in a more positive direction.

The Benefits Of Discipline

Discipline fosters a more positive relationship with your child. It shows them the world can be a fair place, with consistent rules which are applied justly. Discipline also teaches your child they are responsible for their behavior and that any negative consequences are wholly attributable to their actions.

How Do You Discipline And Not Punish?

It can be difficult to discipline and not punish, especially if you were punished rather than disciplined yourself as a child.

However, discipline takes many forms and how to discipline a child more effectively is an ever-evolving journey for most parents. Nobody is perfect, and even with the best of intentions, a punishment can occur in the heat of the moment.

So, how do you use discipline and not punishment?

Be A Role Model

Modeling good behavior for your child is a crucial component of effective discipline. If you are unable to behave correctly, follow the rules, control or funnel your emotions, and make good choices, how can you expect the same from your child?

As well as behaving in a way that sets a good example, you should also be honest about your own mistakes. If you “slip” and make a bad behavioral choice, acknowledge that to your child. Tell them you chose the wrong path.

Then, explain how you wish you had made the right decision.

An adult who is able to acknowledge their mistakes and apologize for them is an excellent role model.

Use A Positive Approach And Positive Reinforcement

Whenever possible, point out the good behaviors your child displays and praise them for making good decisions.

Instead of taking something away as a punishment, give something to reward the positive. This can be as simple as staying up a half-hour later than usual or a spontaneous trip to the park.

Try not to tie these positive reinforcements directly to one good thing or to refraining from an overtly negative behavior.

Don’t say, “You didn’t fight with your sister today. Well done, let’s go to the park.”

Instead, you’ll say, “I see you and your sister have been getting along better this week. That’s nice to see. How about we celebrate with a trip to the park?”

The importance of consistency can’t be stressed enough. A child who is allowed to do something one day should not be disciplined for doing the same thing the next day.

Finally, depending on the reasons for the change, consider giving them a free pass or warning on the first breaking of a new or changed rule. This is especially helpful if something that has long been established as acceptable suddenly becomes something they can no longer do. They may need a bit of a learning curve.

Your approach needs to be age-appropriate so it is fine to change things as your child gets older and as your parental goals change.

You may feel that playing in the backyard unsupervised is not appropriate for your young child. However, as your child gets a little older, you may realize you don’t need to be there to supervise their behavior.

As a result, you may need to teach your child they can’t go outside without you when they’re young. Or perhaps, they are only allowed to go to your fenced-in backyard, but not the sidewalk in your front yard or to talk a walk down the block.

Disciplining a younger child for breaking your set of rules, which may be different in various locations can be problematic. They may not have the maturity to understand the difference. It may require more vigilance on your part.

However, an older child will be able to process the difference in rules about going outside, and it would be appropriate to discipline them if they repeatedly broke the rule.

Opt for Discipline Whenever Possible

Using discipline instead of punishment is not giving free rein to your child and allowing them to do what they like.

Instead, discipline is about teaching your child that when they make the choice to behave in a particular way, those choices have consequences. They will also learn that they are responsible for those consequences and that if they do not like them, they should not make bad choices in the first place.

By fostering such an atmosphere in your home, you are giving autonomy to your child. This helps them to become positive, confident, respectful adults who take responsibility for their actions.

Discipline is also about:

With this approach, you will be providing your child with skills for life. 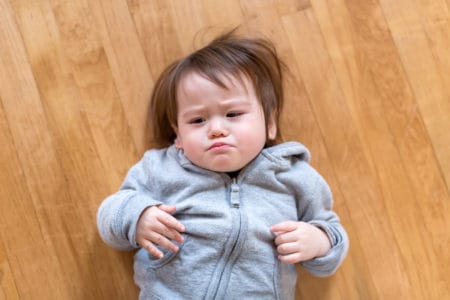 How to Stop Toddler Banging Head (7 Tips to Try)

250 Questions for Kids (To Get Them Talking) 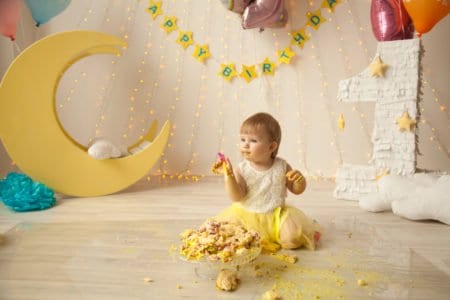 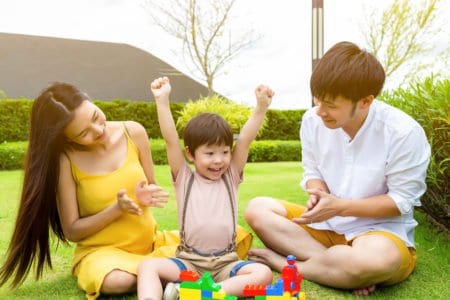 100+ Words Of Encouragement For Kids 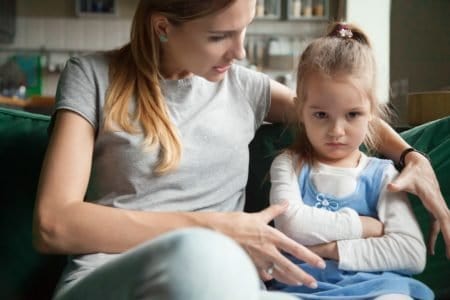 Reinforcement Vs. Punishment for Kids (And Examples)