Have you noticed strange cravings for ice while pregnant? Are you curious if it has a deeper meaning, or does your baby just have a taste for chilly treats?

Pregnancy brings many strange changes to our tastes, and craving ice is just one of many!

Although it may seem like nothing more than a quirk, getting down to the bottom of your ice craving during pregnancy and understanding why it happens can help catch and prevent other health problems early on.

The term pica refers to cravings for non-food items or edibles that offer no nutritional value. You may have heard of some of the more wild stories about pica, such as addictions to eating chalk or dirt, but it can also present in less serious ways too.

Why does this matter to an expecting mama? Ice cravings fall under the pica umbrella diagnosis. Sometimes, the urge to chew ice is a harmless one. However, it can also be a concerning sign your body is trying to communicate something important.

Unfortunately, there isn’t one specific explanation that applies to all women with ice cravings, so you can only make an educated guess. But the most common reason pregnant women have the urge to eat ice is that they have a mineral deficiency.

How Common Is Pica?

That may seem like a low percentage, especially if you’re like me and you’ve seen friends knock back the rest of the ice in a cup after a drink. The desire to crunch down doesn’t always mean it’s time to panic and self-diagnose pica.

Hot days or boredom can lead us to snack on ice, and as long as it isn’t a frequent practice, you’re in the clear. It’s essential to keep an eye on how much and how often the urge to chew occurs.

We usually recommend that patients speak to their doctor if chewing ice continues for more than one month or becomes more frequent.

When Is Your Ice Habit a Problem?

Before you get too worried, remember what we’re talking about here. Compared to many other things, ice is a relatively safe substance, and its risks are minimal and rare. While it is important to get to the bottom of any possible underlying problems, don’t let yourself lose sleep.

Extreme cases are far and few between. If you feel your behavior is abnormal and a cause for concern at any time during your pregnancy, talk to your doctor.

Further, if you begin to experience more pica cravings for things like toothpaste or chalk, make sure you bring this to your doctor’s attention, too.

Consuming non-food items can affect you and your baby, take away from the nutrition you need and cause tummy issues down the line if not treated.

Pica is usually seen in the first trimester but could present at any time during pregnancy. Do mention it to your doctor even if you believe what you are craving to be harmless, as it can be an indicator that there is another underlying condition going on. This could include vitamin and mineral deficiency or mental health conditions as well.

4 Things Your Ice Craving Could Mean

While chewing ice may be an innocent practice, there are a couple of different things, both physical and mental, that your ice cravings could be trying to tell you.

Often, they will be coupled with other symptoms, so monitor yourself before you get too worried and seek medical attention.

Anemia is the main reason people crave ice, especially if the cravings are consistent. Pregnant women are at a much higher risk for anemia because of the demands pregnancy puts on their bodies.

Anemia occurs when your body cannot produce the red blood cells it needs to function. It’s the most common blood condition in the United States and may often leave you feeling drained, looking pale, or dealing with insomnia.

Pica is often a sign that your body is trying to get the iron it needs from other sources since it isn’t coming from you by choice.

These are some iron-rich foods that can help you get the iron you need:

Have you ever used an ice pack to relieve pain or swelling? It’s possible your craving to eat ice is a way of self-soothing a tooth or gum problem.

There isn’t much evidence behind this, but it isn’t unheard of and is worth paying attention to. Do you feel any tenderness when you bite down or brush your teeth? Do your gums bleed when you floss?

If so, consider giving your dentist a call. It might be time for a check-up and cleaning anyway.

Though they’re much rarer than anemia, mental health issues can be the cause of your pica. OCD is often characterized by the compulsion to repeatedly act out certain rituals — like eating ice.

Compulsions will relieve building anxiety, often caused by repetitive worries known as obsessions. OCD and other emotional disorders can often be treated with therapy and possible pharmaceuticals.

Emotional eating affects 27% of adults. It can go either direction — over or under eating. Ice cravings could be a side effect of both of these diet problems, which are often stress-related.

I’ve experienced this one myself. Grabbing a cup of ice became a habit for me whenever I was about to sit down and do some serious work, like filing my taxes. It helped to have something to absentmindedly crunch on while I buckled down, without eating and becoming full.

This particular reason for ice cravings is less serious than the others and doesn’t require medical attention unless it begins to cause problems with your dental health or personal decisions.

Consider why you’re stressed, and work to minimize or remove those stressors from your life. It will be better for you and your baby in the long run. Chewing ice and other forms of pica stimulate the reward center in our brain, making us crave even more.

Many women experience cravings early in their pregnancies, and ice is one of the most common.

While a first-time mother may not understand the significance of these cool pregnancy cravings, when you’re pregnant for the second or third time, you might recognize them as a definite tell.

There could be other, non-harmful explanations for ice cravings, like the desire to cool off during a hot day. Not everything in your pregnancy has to be a cause for concern! (Though, as mothers, we sure do like to jump to conclusions, don’t we?)

Even if your ice munching is occasional and not a real sign of a deeper problem, you should be careful when consuming it.

Though ice is relatively harmless, especially compared to other pica cravings, there are two main concerns to keep in mind when indulging.

You’d be surprised at how common tooth damage from ice can be! Like anything you can crunch, chewing ice may put stress on your teeth and risk hurting the enamel or even causing chipping. In some cases, people have even damaged their gums because of their ice-eating habit.

If you can’t quit eating ice, you can avoid tooth damage by refraining from chewing it in large, hard chunks. Plenty of places offer crushed ice, and smaller pieces are easier on your teeth.

Make your own crushed ice at home by putting ice in a plastic sealable bag and crushing it with a heavy object. (This might also be a little stress reliever!)

Now, this might seem like a silly one, but it’s valid. Distraction can cause us to be careless with what we put in our mouths, and large chunks of ice can easily lodge in the throat. This is yet another reason why choosing to chew small pieces of ice is better.

Are There Benefits To Eating Ice?

So far, you’ve heard about the cautions and hazards of indulging your ice cravings. The good news is, it’s not all bad!

Since ice is frozen water, eating ice is a great way to stay hydrated. When you’re pregnant, it’s more important than ever to get at least eight cups of water daily.

Eating ice can also help soothe the horrors of morning sickness. Many women eat ice to handle nausea and prevent sickness during their first trimester. Summer pregnancies can cause you to feel extra hot, and eating ice can be a safe way to cool off.

Freeze small pieces of fruit in the center of ice cubes for a tasty treat, or freeze cubes of juice.

Should You Chill the Ice Craving?

To chew or not to chew — hopefully, you’re a little closer to answering that question.

With some knowledge and careful monitoring, ice cravings are a normal and even beneficial part of pregnancy. Knowing when to be concerned and understanding the risks will only make it easier to enjoy eating ice without worrying.

Dr. Njoud Jweihan is a medical doctor in Atlanta, Georgia with a passion for primary care and women’s health. She has over nine years of medical education and training experience. She also enjoys cooking, traveling and is excited to welcome her first child this summer!
We won't send you spam. Unsubscribe at any time. 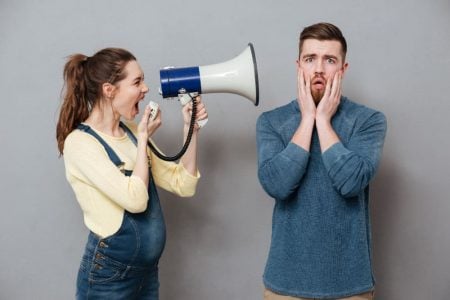 How to Manage Anger During Pregnancy 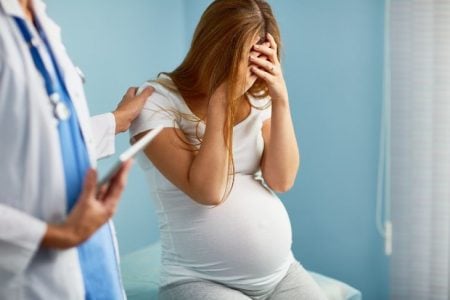 How to Cope with Anxiety During Pregnancy 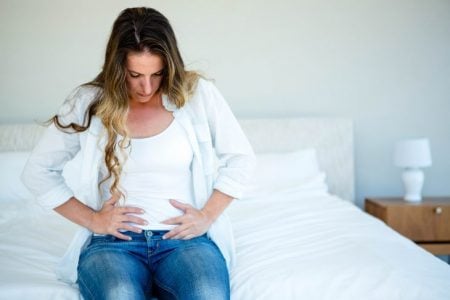 Bloating and Gas During Pregnancy 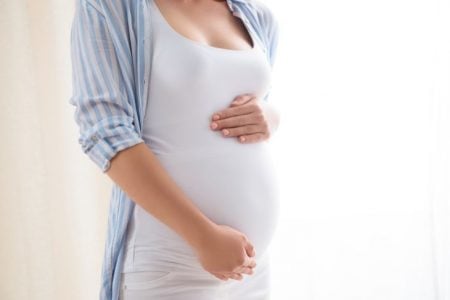 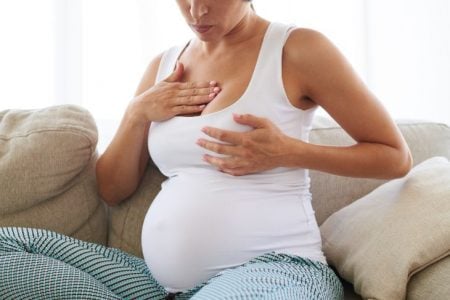 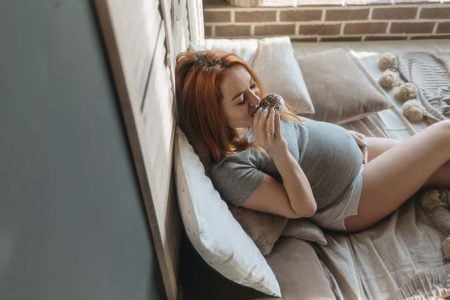